- May 02, 2012
This was one of the worse of week in few years everything because of nasty bug in engine. But lest start from begin. So happened that Little Big Adventure remake was tested on laptop with Nvidia Go7300 and from begin started fun with this card :]

OpenGL have two extensions of frame buffer objects (extension to support writing to textures) ARB_framebuffer_object and EXT_framebuffer_object. Most new cards support both of them but some older had support only to EXT which wasn't included in my renderer. So I rewrote it and final effect was like that: 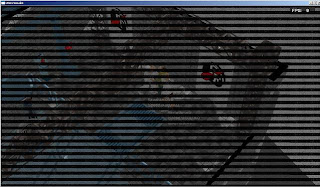 This was around 10 April and from that time I had few attempts to fix this bug. I hadn't access to machine and in the end I didn't fixed it.

But so happen to be that my brother came to home and have laptop with Nvidia Go 7400 on which is exactly the same error. I begun fixing this bug 3 days ago, right now on my clock is past 3AM (yesterday I went to slept on 5AM :]) and at last I found reason behind it. Bug was connected with depth texture, I created some test configuration and effect on shadow mapping was like this: 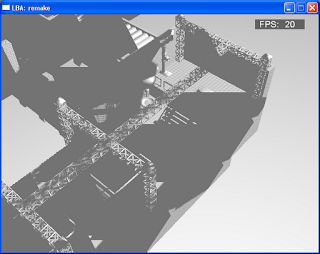 I checked almost everything connected to it and didn't found solution. I looked on forums but nowhere were described problem like this :/ but on end in one forum there were mentioned that depth texture shouldn't use GL_LINEAR but GL_NEAREST. There was too some discussion that GL_LINEAR is also correct but I tried GL_NEAREST and what happened: 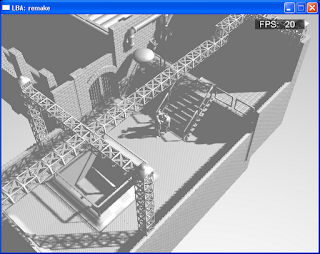 Almost 3 days of looking because of such a thing. So good advice in depth textures don't use GL_LINEAR  but  GL_NEAREST because on some hardware/drivers you can have problems like my and it's not pleasant to look for such a bugs.