- July 07, 2013
Last two weeks I had pretty busy so I hadn't too much time on working on project. Of course there was few days when I found time then I continued work on prototype of Gui Editor. 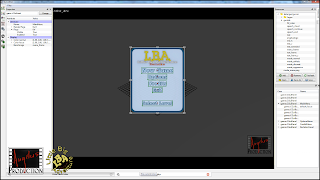 From point of looking of final users it could be called useless because most functions don't work and this which works are in really raw state. But from my point of view there was big progress because I think that at last I found direction in which I want progress with it. And this mean a lot for me because till now I didn't had any concept how editor will work and how I want work with it. Of course I always try to make things so they could be later extend without bigger problems so here was another challenge. Right now I think that I got some raw concept that will evolve in another nice tool and only time will show if I'm not mistaken.

Till the next post.
kodowanie programowanie projektowanie silnik WRE