How all this works: Part 2

- July 16, 2011
In last post I wrote about how all this started. In this post I try to focus more on games and way of work on them.

Lba is not my first game I played. But it have very special place in my memory. I tried to finish it at last twice. At first I think that I was to young to understand this game. But second time I was in haven when I played it. And from long ago I thought about remake, there was "Lba Remake" now is "Little Script Adventure" and there was and will be many other groups that try to create remake of this game. But I think that way of how they do it is somehow wrong. So I decided to create my own remake.

I started to write games more than 11 years ago. This is one of many projects that I was developing in this time. On begin everything look quiet simple: you have some libraries and game and this is enough. What you need else to write "Noughts and Crosses", "Tetris" or simply plane on scrolling map (from right to left). But as time pass the construction of your games must change. First game that was pretty serious was "Tony The Rat": 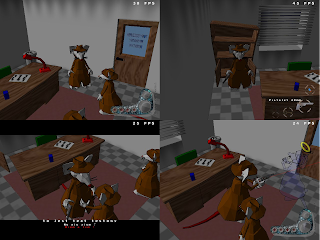 In this project I used text file to define map, simple animation system, some scripts like files to talk and  other weird things. I still like this project very much and I plan to return to this idea later.

It's fun to write about old projects but this is not a post about projects I made. So lets do small postmortem.


What went wrong:
So as you can see this didn't were so simple as it's look. But after that I begun some work on simple engine on my own. But then one of my friends invite me to work on New Dawn: 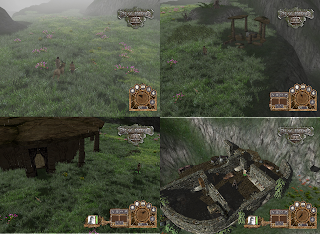 I will not write too much about this game. It was big production on some point there were around 15 people in team. And of course I ended as leader of programer. So what I learned from this project:


Later begin my 5 year long developing of actual engine W.R.E. In next post I will try to covers in details how changed structure of engine and it's tools. I will try to find some of old projects I done on engine and talk about them.
If you want's to read about some part of all post or you just don't agree with me. Just write and I will try to write about them in more details or discuss your opinion.
kodowanie Little Big Adventure programowanie projektowanie projekty silnik