Yesterday I experienced another bunch of fun while using my laptop. My normal working environment is a desktop with an AMD graphics card, while choosing a laptop it was important for me to get some Nvidia GPU so I could test code on both machines. This was a smart decision as there are so many differences between them. This time I encounter another one.

Like always a little bit of the background: while doing tooling you need to think about nice interactive objects selections. The beginning was rough as I decided to use a physics ray-trace system to execute picking. This was a simple system where I was sanding a ray thru the world and tried to pick objects that collide with it.

I did not like any of these limitations so I decided one day to change the whole thing. I took this time a different approach. I added a GBuffer of type uint where I storing ID of the object.

With a little bit of struggle with retrieving data from GPU, I finally had a working system. It resolved all the problems that I had with the old one and added a few new ones. This was:

In the end, nothing is really critical but as you can see nothing is only cupcakes and rainbows.

Thanks to this system I also could do a rendering of selection. I just sacrificed one bit of ID and used it as info if the object is selected or not. This way I can highlight it nicely using this shader code:

and that worked nice:

Sadly it is pretty visually obstructive, so I decided to improve it and add an outline. This worked well and it was super easy. I just compare if neighbor values are the same as the ones we testing and if they are not rendered more intense color. 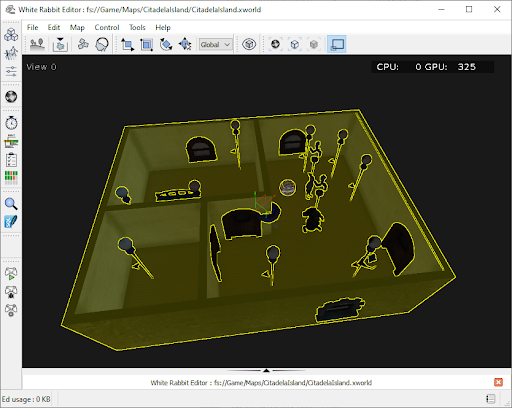 This is the place where the real story starts. The above screenshot is taken from AMD Radeon R9 390 where everything looks great. On other hand my laptop with Nvidia GTX 1660 Ti gave me a super weird result: 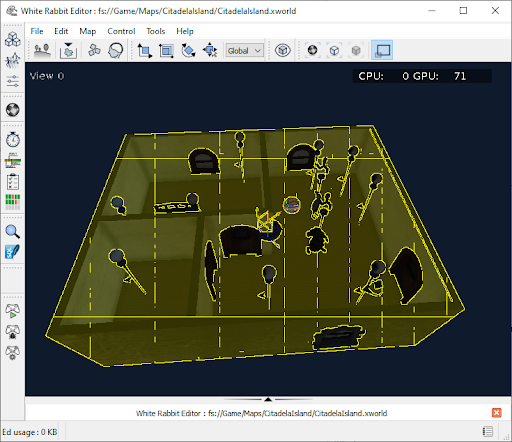 Because it is always easier to investigate stuff on a smaller scale I decided to do scanning only by testing one direction.

This still resulted in the same effect: 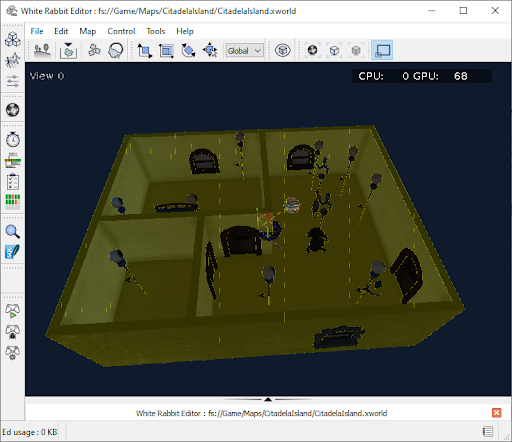 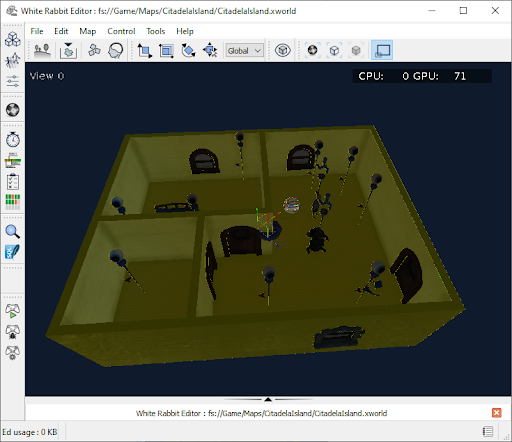 Which is stable, but then when I replace it with :
if (pix.x > pixLeft.x)
instead, we get: 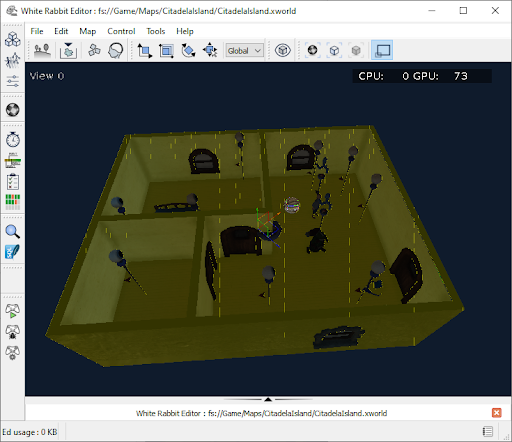 No matter what I do I cannot overcome this issue :/ On AMD this whole system works perfectly fine where on Nvidia it feels that there is some issue with the way how they handle uint operations.
If you are curious how did I fix it? I did not. I went with a really ugly solution that uses dFdx/dFdy and gives crappy result but at least it works on both architectures: 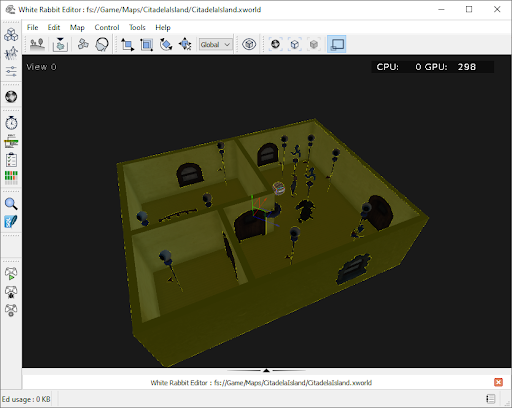 I'm not really happy about it but this is a visual thing to which I can return back to when I will have some spare time, which right now I do not have.
code coding programming programowanie 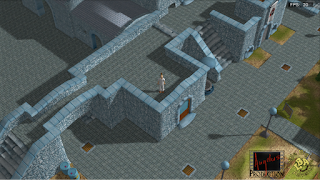